The Yagyu Shingan ryu was handed down from the founder Takenaga Hayato for posterity secretly in the Sendai clan and proliferated in the Tohoku district of Japan.

Shimazu Kenji's dojo is located in Tokyo where he continues to head the Yagyu Shingan ryu Heihojutsu Kyodensho Chikuosha in Japan, Australia (Philip Hinshelwood) and Northern Europe (Per Eriksson).

Entrance into the tradition is by invitation only. 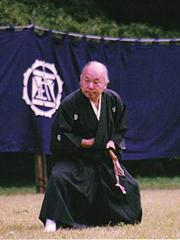